Pão de queijo: do you know this Brazilian food?

Pão de queijo is a typical Brazilian product made with tapioca flour and cheese. It contains no gluten, preservatives or dyes.

This product is a very versatile product and can be consumed for breakfast, lunch, dinner or as a small snack. Can be combined with sweet and savory fillings according to your desire.

Pão de queijo is soft and tasty and it tastes best served warm. 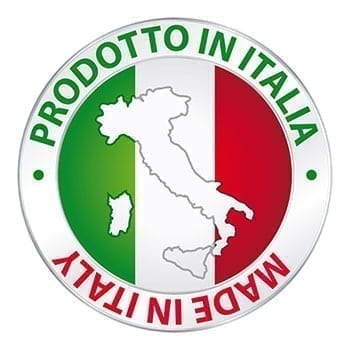 Did you know that now you can find Brazilian pão de queijo made here in Italy?

We, Forno D’Italia, produce our pão de queijo following the original Brazilian recipe. However we use high quality Italian ingredients by exploring the passion Italians have for cheese, as well as its variety and excellence. Imagine the taste of Brazil on your table right next to the best cheeses in the world!

In the past, many Italians arrived in Brazil bringing their love for the culinary art. Likewise, Forno D’Italia wants to share this very popular delicacy from Brazil with the world. That is because it can be well adapted to the taste of different cultures while still maintaining the essence of its origin, handmade preparation and the experience that only a family recipe can provide.

What is pão de queijo?

The ingredients of pão de queijo are: tapioca flour, eggs, salt, vegetable oil and cheese. It has a soft consistency with slight variations in ingredients and type of cheese. It’s name is due to the similarity with ordinary bread but not for its ingredients. It does not contain wheat flour or yeast. This is what makes pão de queijo gluten free.

Sunflower oil which we use to make our pão de queijo is what gives the soft texture of the dough. It is rich in vitamin E and, it is therefore, an excellent antioxidant. The egg, in turn, gives color and flavor. Finally, the nature of the cheese is at the discretion of those who prepare it, being the most striking ingredient of this snack.

How did pão de queijo come about?

The origin of pão de queijo is uncertain in the history of Brazilian cuisine. It is not known exactly when this tasty delicacy appeared, but the first records of its making dates back to the 18th century.

It was born in Minas Gerais, a region with a tradition of producing milk and its derivatives such as cheese and confections. At that time, there was a shortage of wheat flour. Most wheat flour needed to be imported which made it made it expensive. Because cassava is a local product, cassava goods were very popular in farm kitchens becoming an important food base. Cured cheese was a common leftover from farm production which was a major contributing factor for the emergence of the first cheese bread recipes.

Since the development of the food industry in the 1950’s, especially frozen items, pão de queijo has been improving and has reached the entire country, quickly becoming a national passion.

Any cookies that may not be particularly necessary for the website to function and is used specifically to collect user personal data via analytics, ads, other embedded contents are termed as non-necessary cookies. It is mandatory to procure user consent prior to running these cookies on your website.